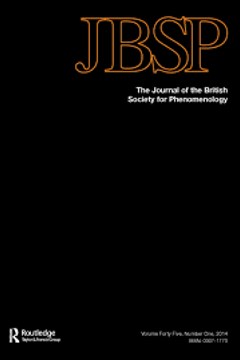 formal indication and destruction in the early Freiburg lectures

Of all the methodological terms used by Heidegger in the early Freiburg period, few have attracted less consensus than Formal Indication. With its relation to the earliest lecture series, critical debate has tended to focus on the extent to which this concept defines the difference between Husserlian and Heideggerian phenomenology. The argument of this paper is that Formal Indication is best understood in its relation to Heidegger’s other key methodological term from this period, Phenomenological Destruction. Not only do (i) both concepts grow out of the same problem set, but (ii) they act in a limited sense as counter-movements to one another. Considered together, I argue, they make up Heidegger’s response to the problem of language as expressed by Paul Natorp, and first dealt with in the Kriegsnotsemester in 1919.

O'Rourke, J. (2018). Heidegger on expression: formal indication and destruction in the early Freiburg lectures. Journal of the British Society for Phenomenology 49 (2), pp. 109-125.